Home » Newsroom » Is the Mediation Federation possible in Ukraine as a public association of universities involved in the MEDIATS Project?

Is the Mediation Federation possible in Ukraine as a public association of universities involved in the MEDIATS Project? 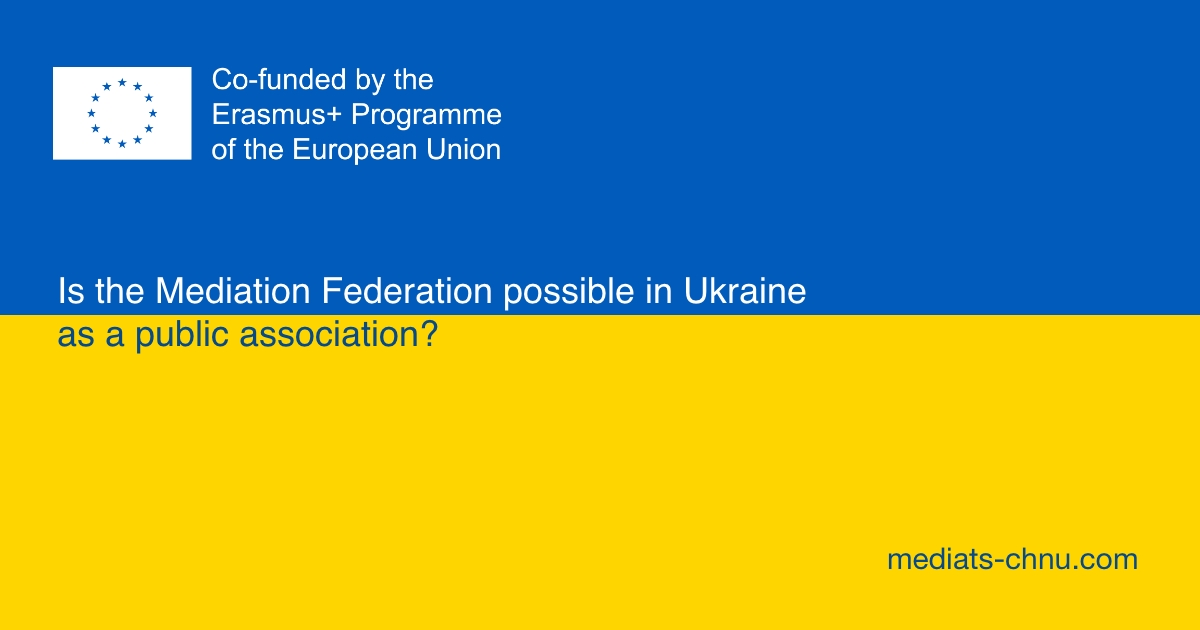 Before answering the above question we need to be interested in how it is resolved in the EU Member States. For example, in the Netherlands. There, on January 1, 2014, the Mediators Federation Netherlands was founded. In essence, it is the successor (this assumption made by us based on the same legal address) of the Netherlands Mediation Institute that was established in 1993. It was the institute that first started the register of mediators in the Netherlands. Since its foundation, the Netherlands Mediation Institute has actively cooperated with the government. This has resulted in the government funding a number of pilot projects to introduce mediation in litigation with the wide involvement of the Legal Aid Bureau.

If we go to the homepage of the Mediators Federation Netherlands, the headline immediately strikes: the large national associations of mediators have united in the Mediators Federation Netherlands. This was an important step forward in the organization and professionalization of the mediator’s profession. As we can see, in the Netherlands, the associations of mediators were united.

Therefore, is the Mediation Federation possible in Ukraine as a public association of universities involved in the MEDIATS Project? No, not possible! Here are the arguments for this statement.

The Law of Ukraine “On Higher Education”, in particular, its Article 32 “Principles of activity, fundamental rights and obligations of the higher education institution” does not give to the university the right or obligation to create public organizations with legal personality rights and to spend any funds on their operation. This would be a gross violation of the current legislation of Ukraine.

The Law of Ukraine “On Public Associations” in the first article states: “Public association is a voluntary association of individuals and/or legal entities of private law”. They have the right to self-manage at their own discretion with all their property and funds. The legal status of a state higher education institution as a budgetary institution excludes the independent disposal of property and funds that are on the balance of such an educational institution.

Is there any way out of this seemingly hopeless situation? Now the general questions need to be solved first, and then the practical problems after the practical solution of the general questions. In particular, as already noted in the scientific and expert conclusion of the Yuriy Fedkovych Chernivtsi National University Project team on the Draft Law of Ukraine “On Mediation” that prepared under the aegis of the Ministry of Justice of Ukraine, first of all, the central issue of perception of mediation in Ukraine is to be resolved: is mediation a public good or a commercial service?

If mediation is a public good, then the state must ensure the right of every individual to mediation, regardless of their financial position, worldviews, political preferences, etc. In this case, the regulatory role of the state should be significant. If mediation is a commercial service, then the consumers (users) of the service should pay for it.

In Ukraine, the second approach prevails, de facto, in the mediator environment. The Ukrainian state is still trying to distance itself from mediation as a public and legal institute. In fact, the state lends it to various public organizations of mediators. If the matrix of rooting of mediation in Ukraine will be enshrined in the Law of Ukraine “On mediation” it will result in the emergence of many more problems in mediation on national territory. This will be one of the major obstacles to the promotion of mediation in everyday life, it will not contribute to positive changes in the society regarding the perception of mediation as a progressive institution and specific mediators as carriers of good.

European and broader international experience has shown that in most countries where mediation has taken root, there is a combined approach to securing it in the form of public-private partnerships as a principle of rooting mediation. In these countries, the state undertakes to ensure that all persons entitled to mediation have real access to it (the availability of mediation as an alternative to the judicial settlement of conflicts) and to guarantee the proper quality of mediation services. However, the state does not dictate what content is put into specific forms and types of mediation, in the ways of its implementation in practice. The latter state decides with all stakeholder mediation together. At the same time, civil society as a whole is the customer of mediation as a way of resolving the dispute, and individuals who have got into conflict situations are the customers of specific mediation procedures. Moreover, it is the private partners who are given the role of the driving force of the public-private partnership, filling it with real life.

The Project team of the Yuriy Fedkovych Chernivtsi National University suggested to the Ministry of Justice of Ukraine, to deputies of Ukraine introduce at the legislative level a legal institute of mediation in Ukraine as a way of implementing the best European and international standards, principles and practices of mediation and to create the Mediation Federation of Ukraine as an organization of public-private partnership. 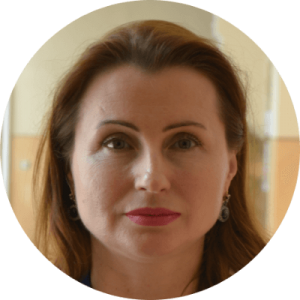