Home » Newsroom » From holidays to weekdays

From holidays to weekdays 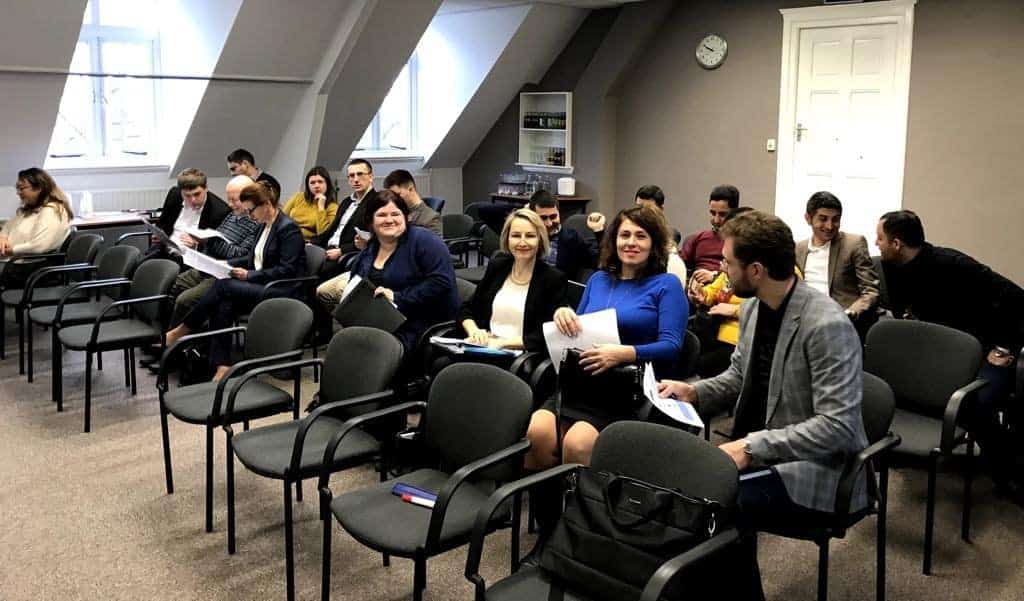 Tuesday and Wednesday of our group on the project Mediation: Training and Society Transformation (Erasmus+ KA2), which was with working visit in Breda (the Netherlands), cannot be called otherwise.

The study of project participants was organized by the host party in such a way that each member of the working group was engaged in a separate aspect of the program by 9 hours every day.

On Tuesday, February 5, 2019, we studied the experience of training mediators and their practical activities in the Netherlands and USA and took part in business games. Particular attention deserves the invaluable lectures and suggestions from the head of Mediation Federation of the Netherlands, Judith Emaus, who revealed the national standards for training, certification, and monitoring of mediators in the Netherlands. The training carried out by the graduates of master’s program in mediation Gea van Klompenburg and Marjon Kuipers were also very interesting.

On Wednesday, February 6, 2019, during most of the day, we were considering the experience of using mediation in domestic and criminal proceedings by the Court of Breda. Judge Jos van Oijen disclosed the peculiarities in the coexistence of mediation and legal proceedings as forms of interpersonal conflicts resolution in the Netherlands. The next speaker Marlène Panis presented information on the scope and prospects of mediation offices in Dutch courts.

Many things that were heard and seen by us during these days, we are going to implement at our department and faculty in the spring semester.

Our working group in the project is the most numerous, youngest and, according to estimates of the majority colleagues, operates and thinks the most creatively and innovatively. Therefore, it is not surprising, that it interested the majority of other groups, which offer to cooperate with us in the future.